Apple opened a new Apple Store in South Korea on Saturday, with the Apple Jamsil outlet being the fourth location in the country for the tech giant.

Previously announced on Saturday 14, the opening of Apple Jamsil in the Songpa-gu District’s Lotte World Mall in Seoul took place on the morning of September 24. As part of the opening, Apple issued a press release about the storefront.

CEO Tim Cook also took to Twitter, posting excitement to “connect with more customers in Seoul,” along with a photograph of one of the store’s first customers surrounded by Apple Store employees.

A mostly open storefront covered with large panes of glass, Apple Jamsil has the traditional large wooden tables, as well as large wood-paneled walls and cabinets containing Apple products. The store will be staffed by 115 employees speaking more than ten languages collectively. 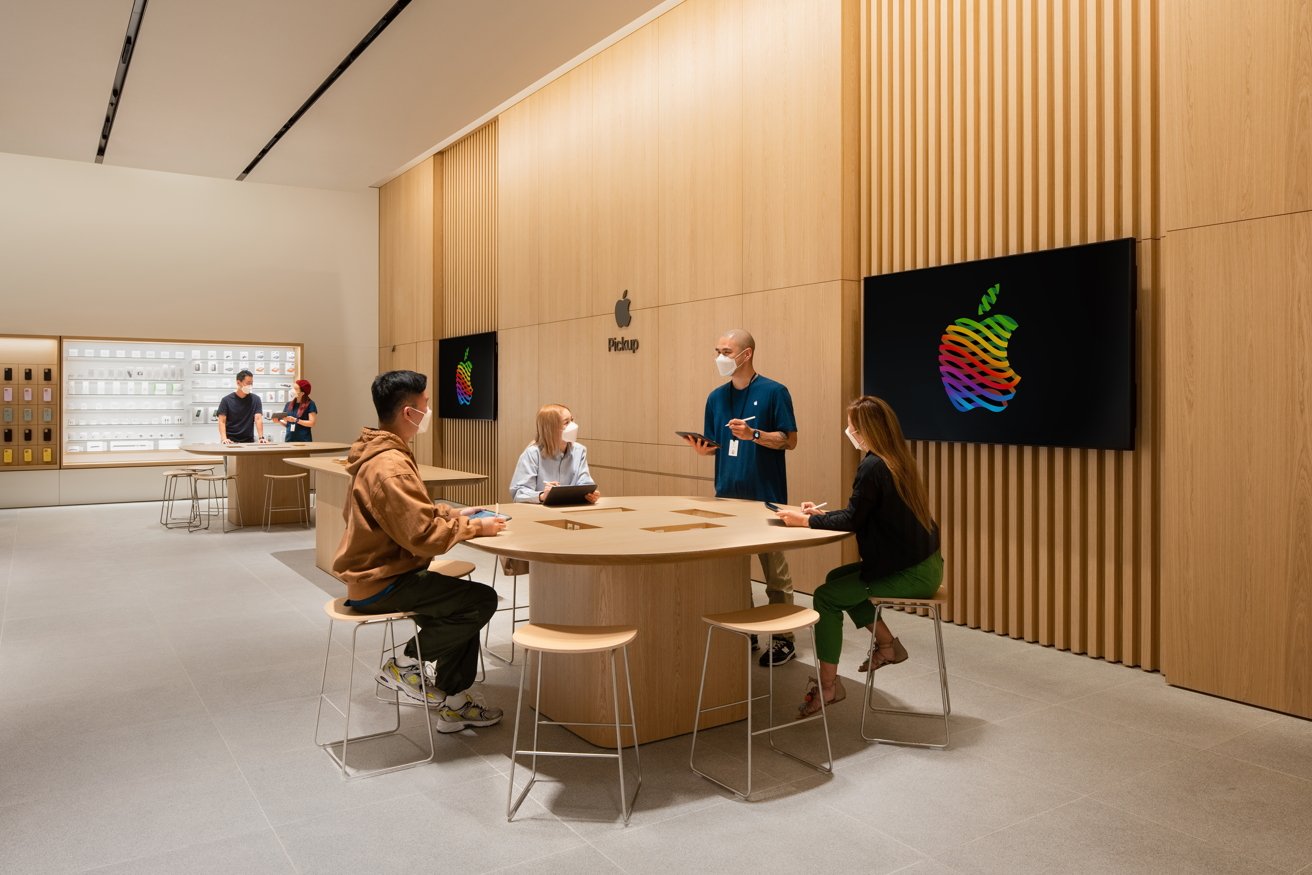 In one area, the store has a Pickup counter, used for customers to collect orders, with products in the rear warehouse delivered quickly to the storefront via a system of drawers.

Side tables provide areas for product demonstrations and Today at Apple sessions with the staff. As part of the opening, Today at Apple’s “Walking Session” will take customers to the shores of Seokchon Lake, with sessions including an art walk, a video walk for movie-style filming classes, and a photo walk for outdoor portraits.

See also  How to send balloons, hearts, and other flair in iMessage