The Google Pixel 6 Pro is here with outstanding camera upgrades, instant dictation/translation thanks to Google Tensor, and a curved 6.7-inch screen with a variable refresh rate. Anyone who’s ever owned a curved-screen phone knows, protecting the sides of that phone is crucial to keep it intact and alive. With that in mind, here are the best Pixel 6 Pro cases to keep your shiny new flagship safe. 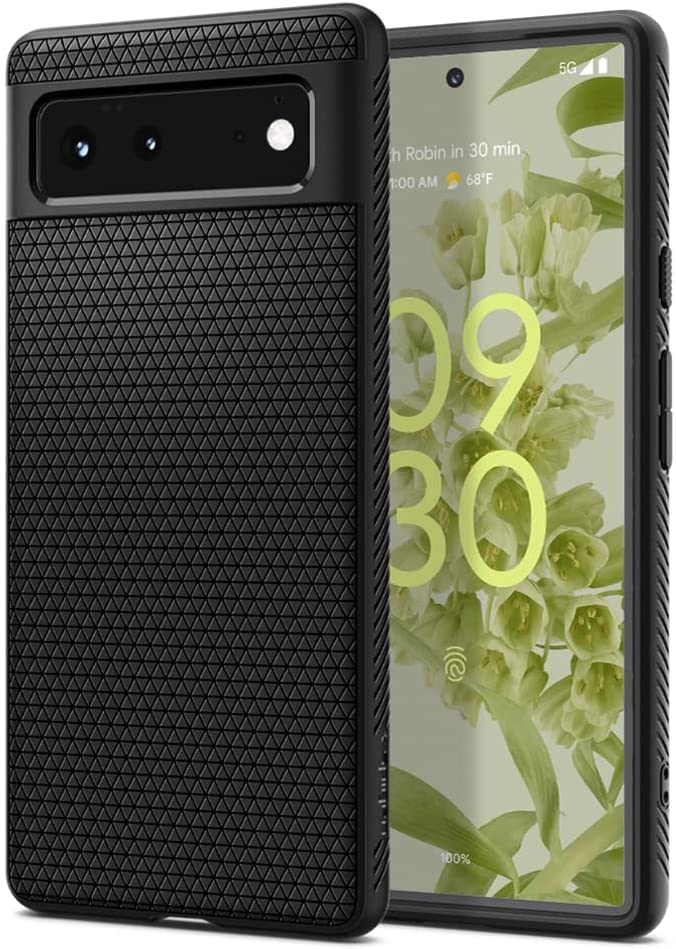 If you don’t want to bulk up your super-sized Pixel 6 Pro, what you want is something slim but still thick enough to provide some impact protection and significantly add grip. The Liquid Air Armor has great textures both across the back and on the sides, which is why I recommend it over its classic Rugged Armor sibling. 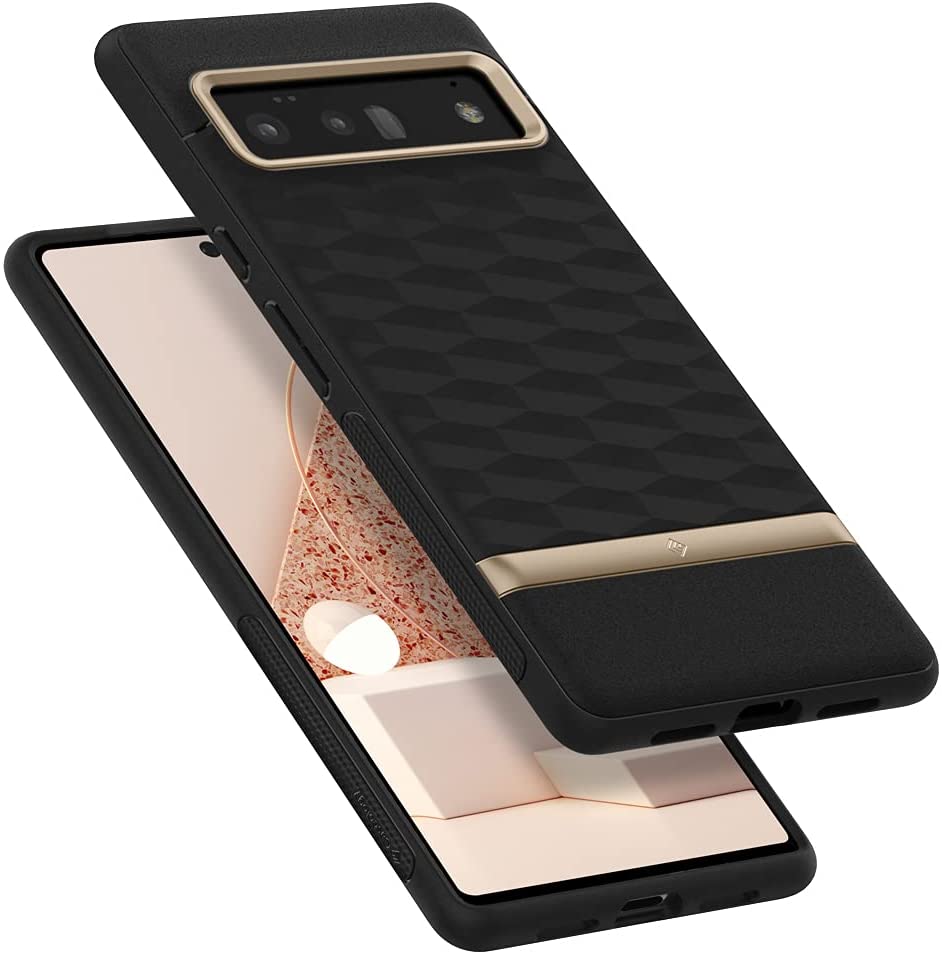 While the Caseology Parallax isn’t packing quite as colorful a lineup as it has for previous Pixels, the Gold and the Ash Grey colorways bring a unique flair to an already distinctive case. A gradual rise around the camera bar helps it stand out less, and new textured grips on the side were brought over from the Pixel 5a Legion case.

Incipio knows how to make cases that will protect your precious Pixel 6 Pro without turning it into a brick. Of course, 14-foot drop protection gives you peace of mind if your phone falls off the table or the ladder, but the raised tri-point nubs along the left and right bumpers should keep you from having to test that claim. 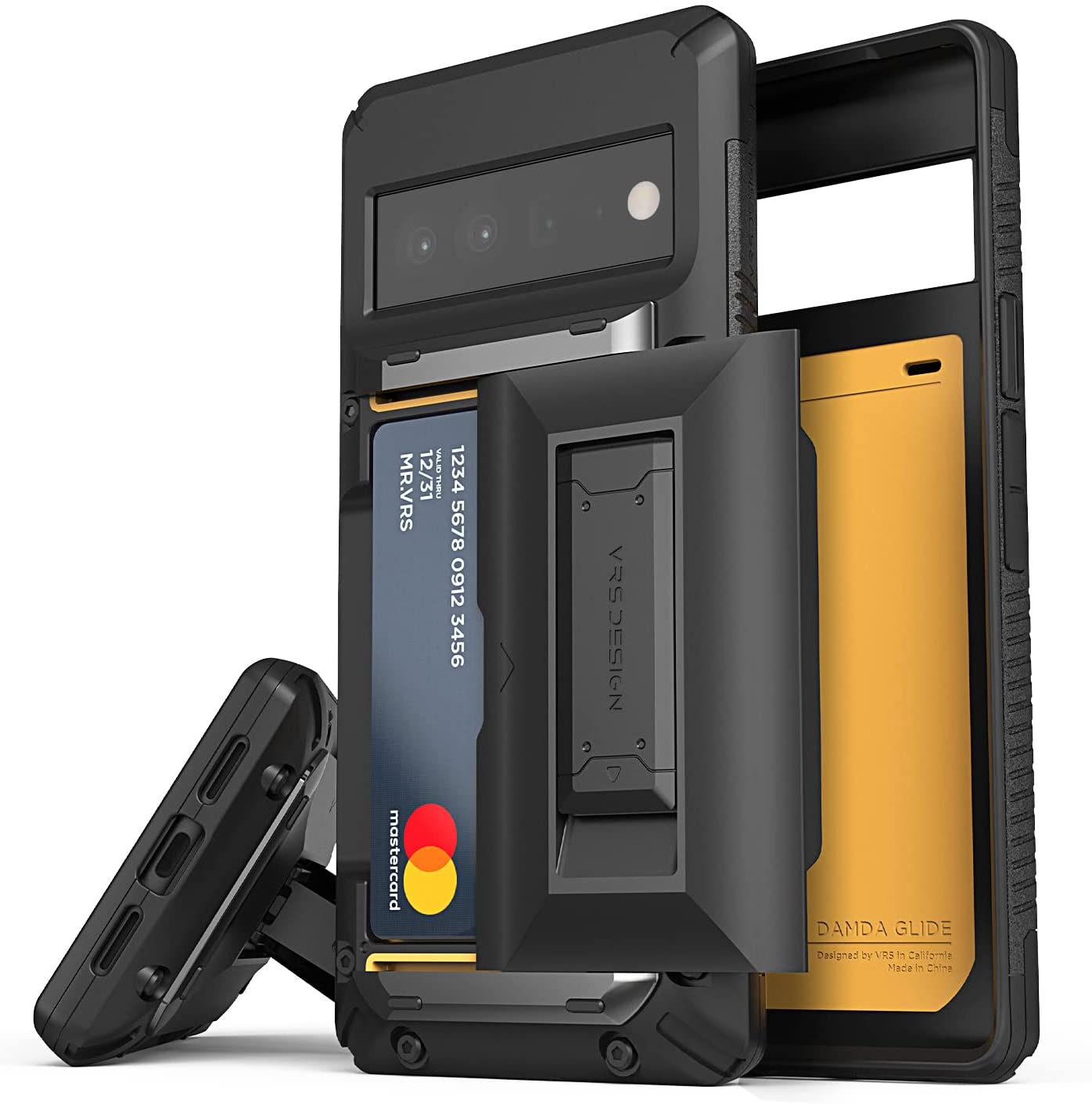 We love kickstand cases, wallet cases, and heavy-duty cases, and VRS gave us all three in one neat little package. However, while kickstand cases usually double as phone grips, you should strictly use it as a vertical/horizontal kickstand since this one is mounted on the sliding card cover. 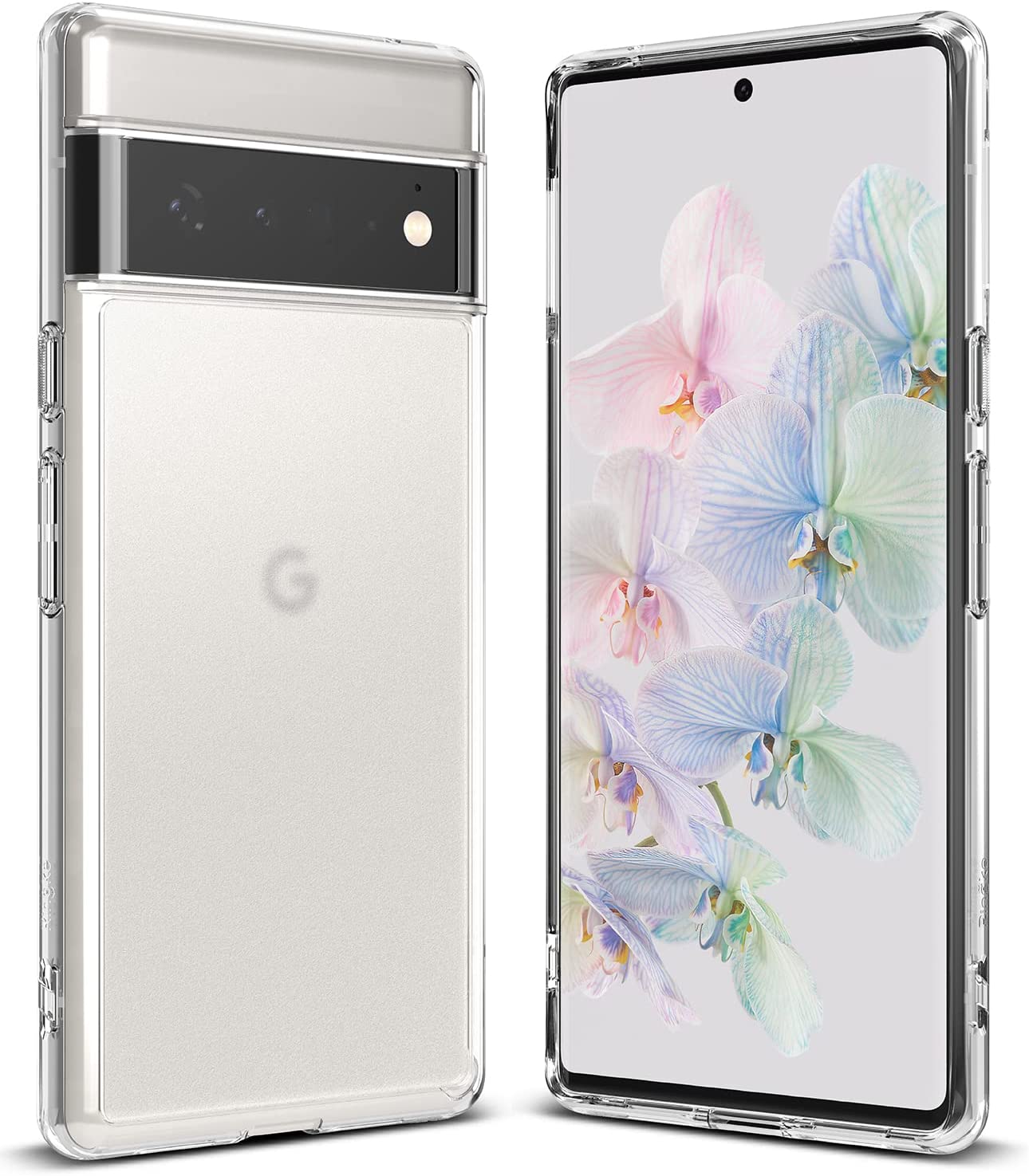 Clear cases allow us to show off the native style of our phones while still giving them the grip and protection they need to last the next five years. Ringke’s Fusion comes in two flavors, but I highly recommend getting the matte variety, as it won’t reflect every single bright object around, and it won’t show smudges as quickly. 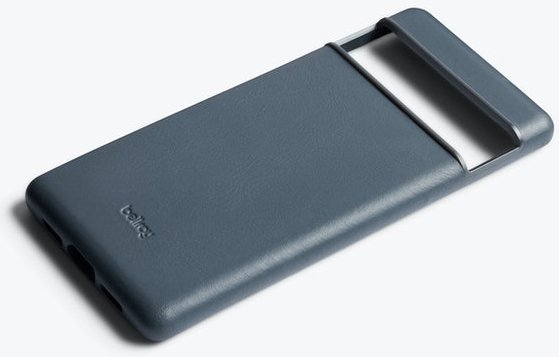 While Google’s first-party case is a bit lackluster this year, the Bellroy case looks and feels just as impressive as ever. Available in fun shades this year like Sea Mist and Cobalt Blue — reminiscent of the original Pixel — Bellroy’s cases age gracefully and add subtle sophistication. 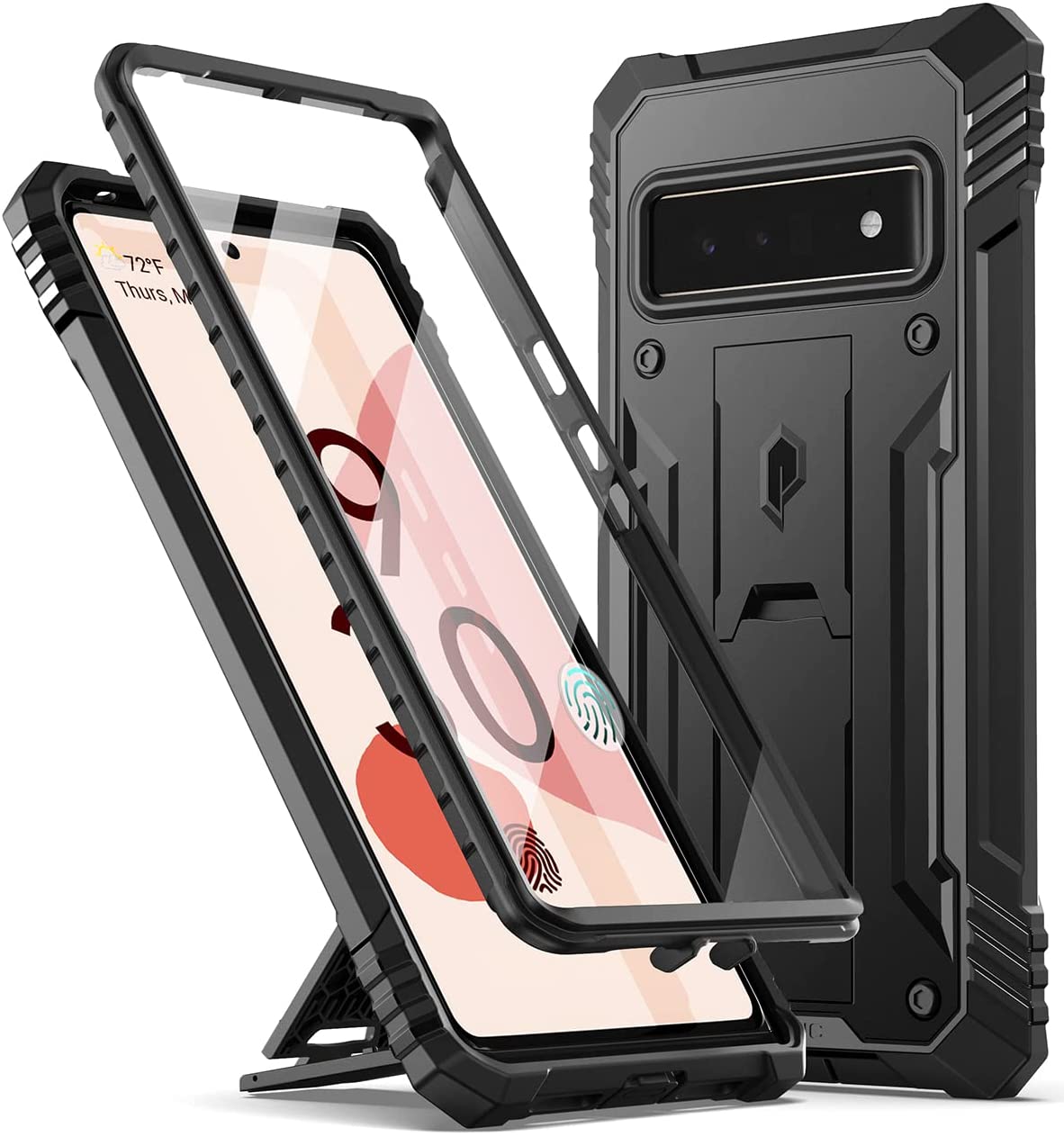 With a phone as big as the Pixel 6 Pro, you can use it as a small secondary screen while working, but you’ll need a kickstand that works in portrait orientation, not just landscape. The Revolution’s kickstand is sturdy, and the silicone plug on the bottom lets you keep the USB-C port clean. 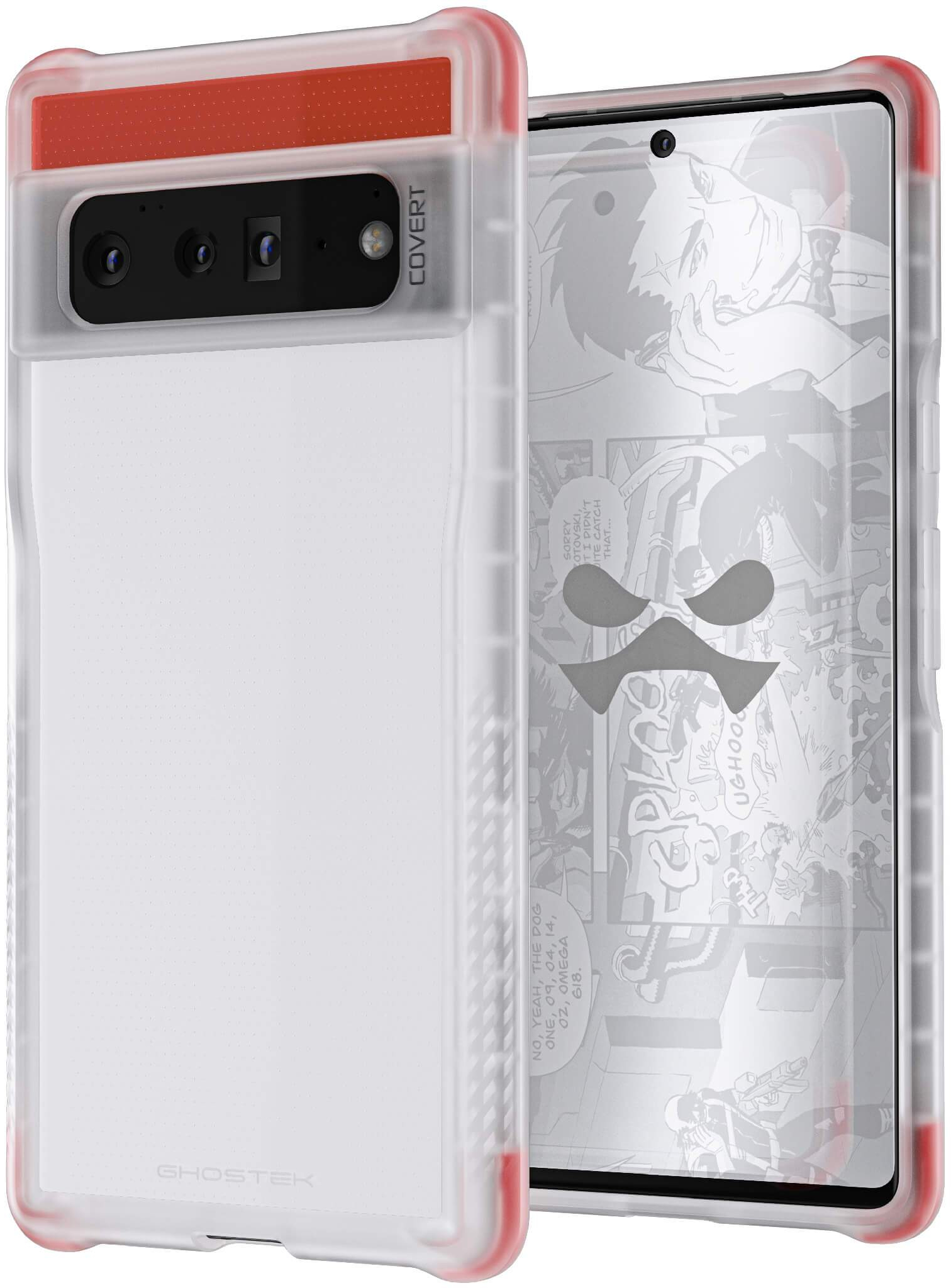 You know those horrible photos of shattered screens that make you want to hide your 6 Pro in a satin box? Yeah, you won’t have those issues with the Ghostek Covert. The red gel corner inserts absorb impact, and the sides are abrasively textured for grip. 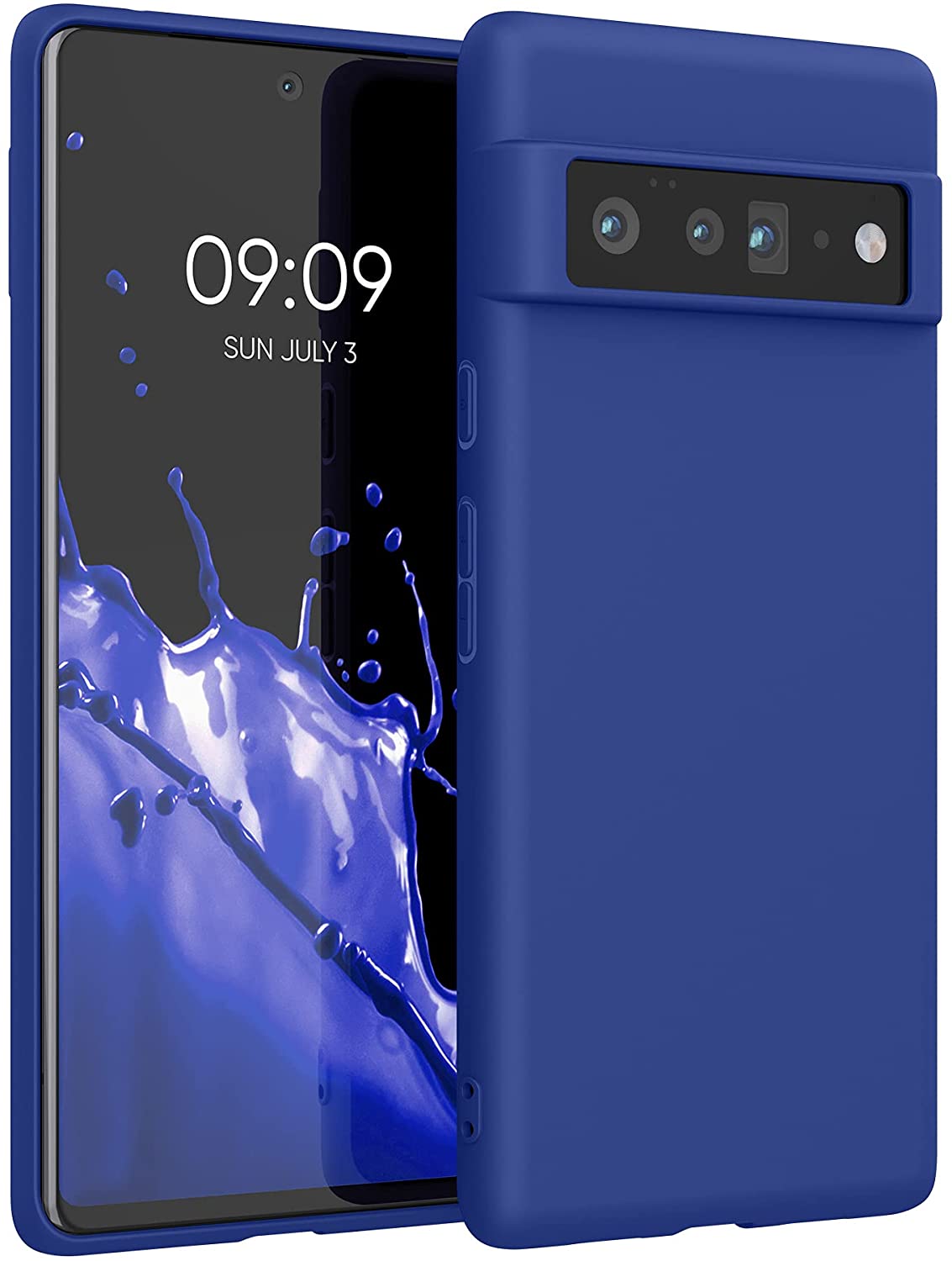 Whether you want a case in Legally Blonde pink, Michigan blue, or a lavender very reminiscent of the Pixel 3a, kwmobile has a lightweight case for you. This case is a little slimmer than the Spigen Liquid Air, which means less bulk and less impact protection. 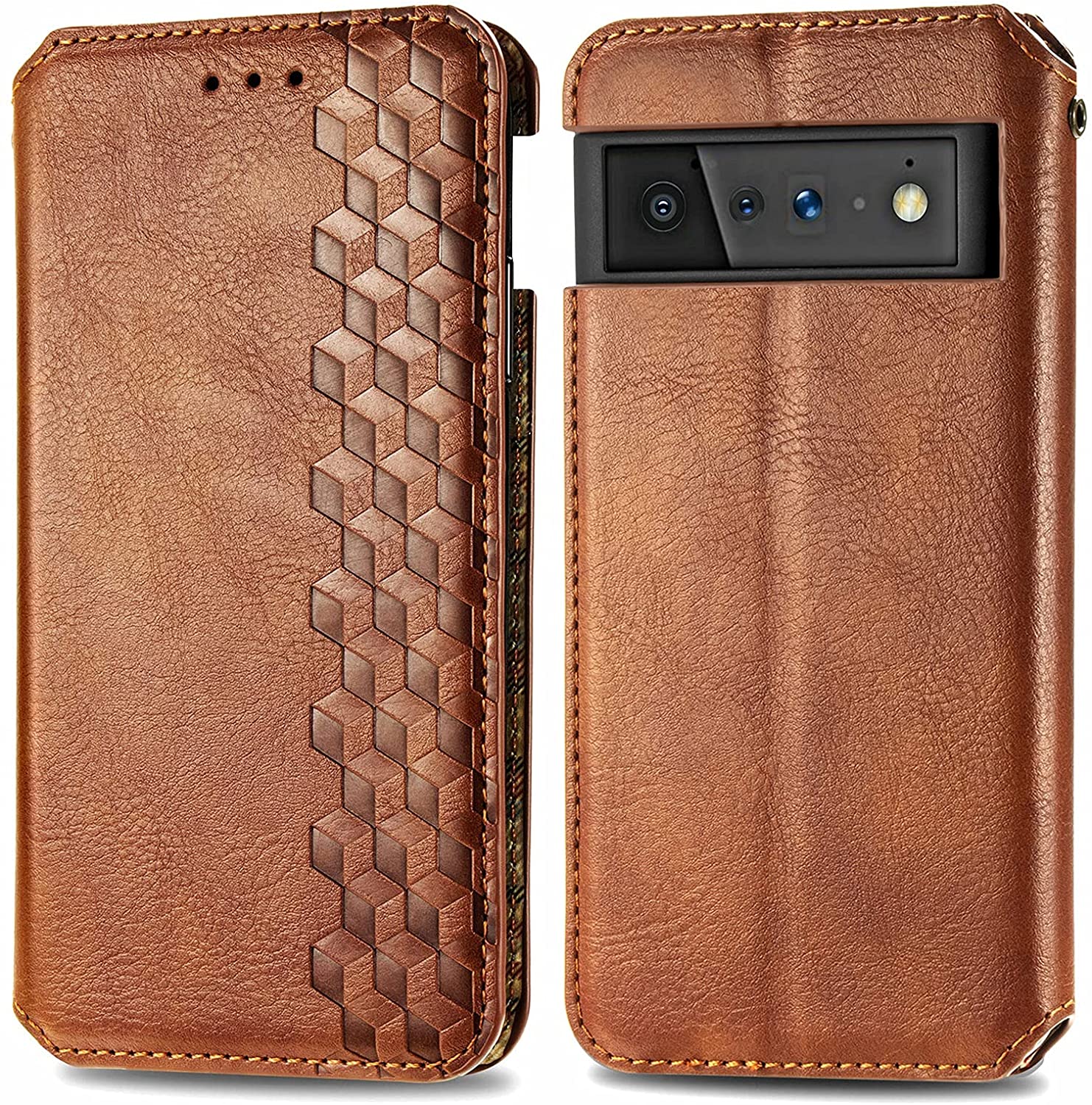 Most wallet cases are somewhat nondescript, but this series of Leather folios adds a bit of flair with the cube-like texture across the right edge, adding a contrast of feels in hand. Inside are two card slots and a cash flap, as well as a distinct plaid lining matching the leather exterior. 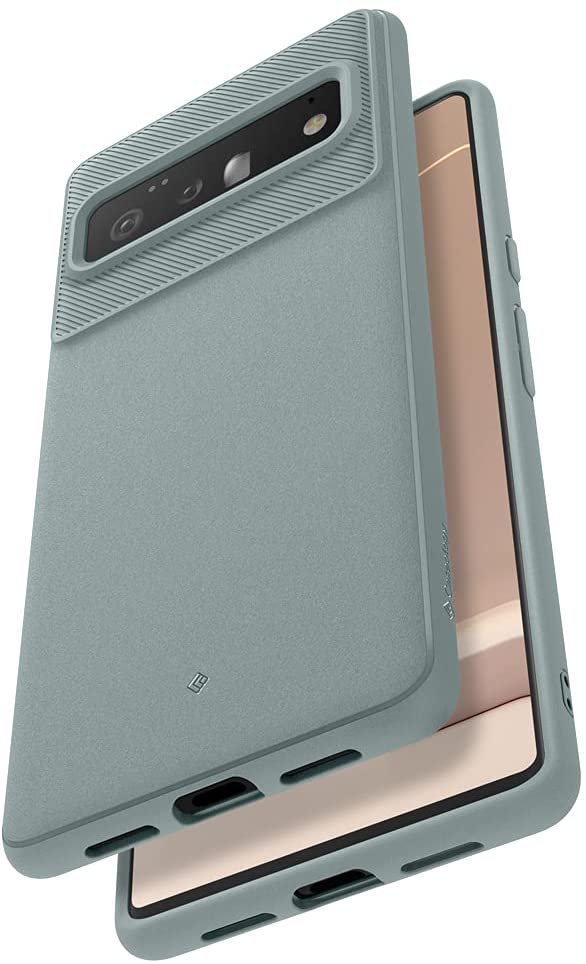 While the Vault isn’t quite as colorful or thin as the kwmobile Soft Slim, but the Vault still has more colors than Spigen and is one of the most pleasant textures I’ve found on a TPU case. The camera module is well-protected by a graduated bumper to help protect those pretty new sensors.

Urban Armor Gear took its time with its Pixel 6 Pro offering, and while the Scout isn’t as iconic as the Monarch, it’s also not nearly as expensive. It’s also got quite the durability and a mysterious, understated look. 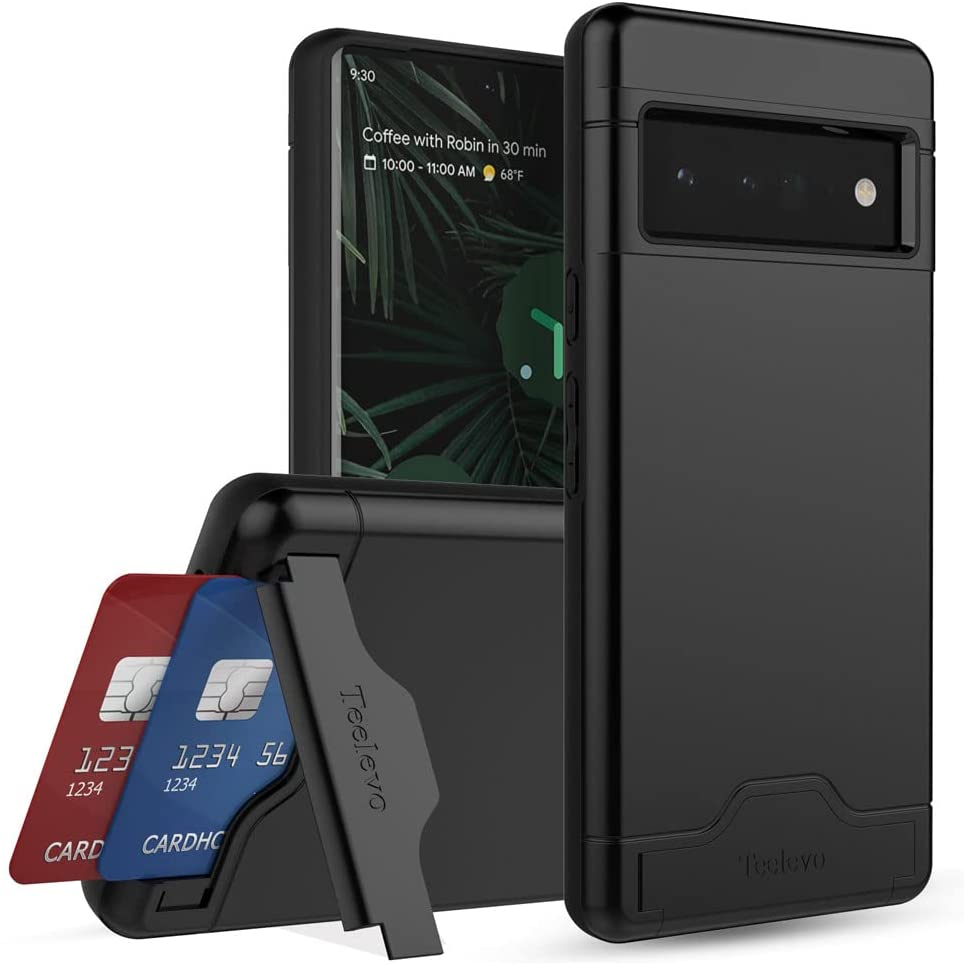 While most wallet cases are bulky, attention-grabbing, or often both, Teelevo’s card slot cases don’t look any different than other heavy-duty cases when it’s closed. The slot fits two cards, and since it’s fully contained, I wouldn’t push it too far, but it’s incognito. 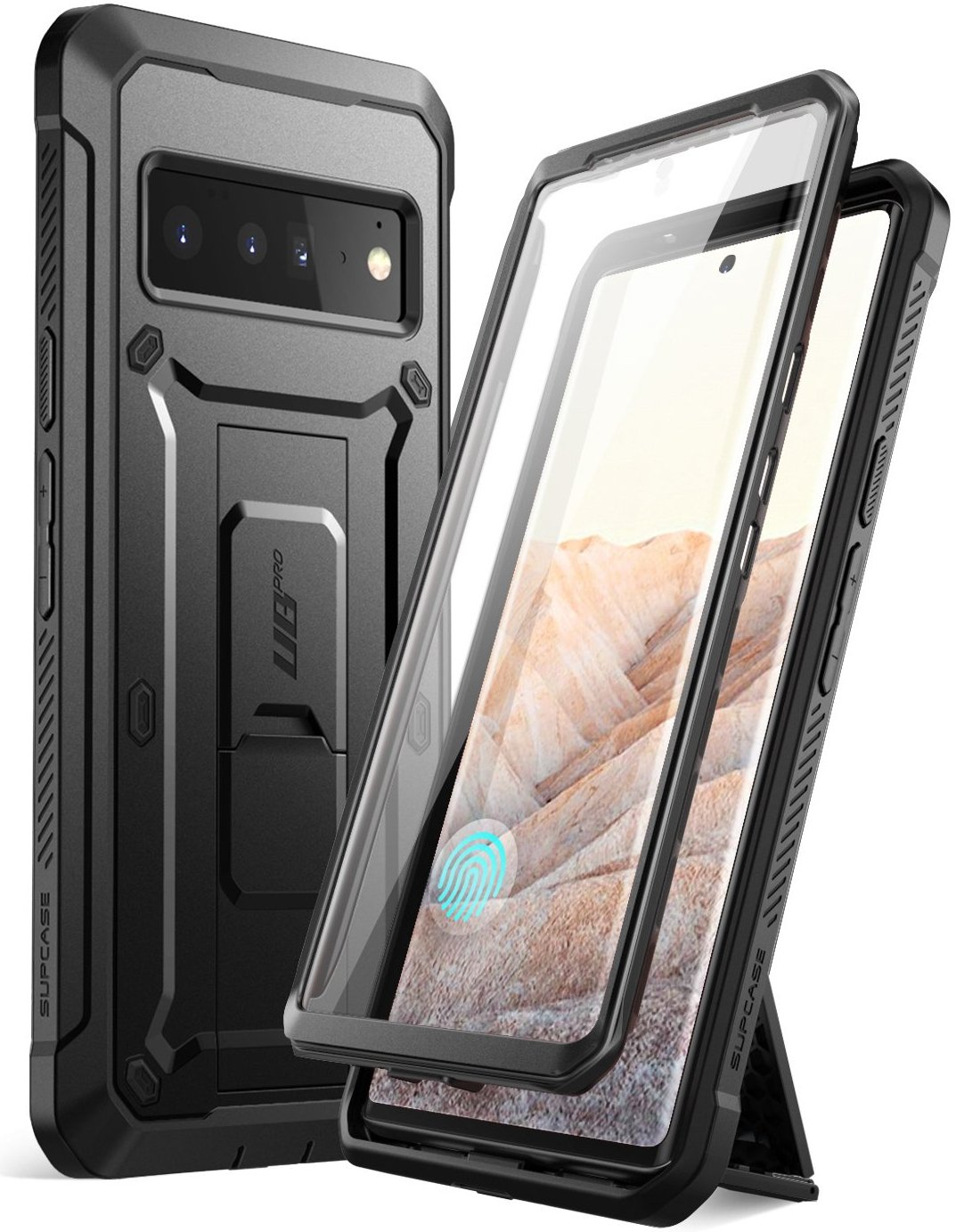 Supcase’s ruggedly productive UB Pro case is perfect if you tend to get down and dirty. Silicone flaps seal out dirt, pocket lint, and the front frame has a built-in screen protector. Its sturdy vertical kickstand on the back is just icing on the cake. 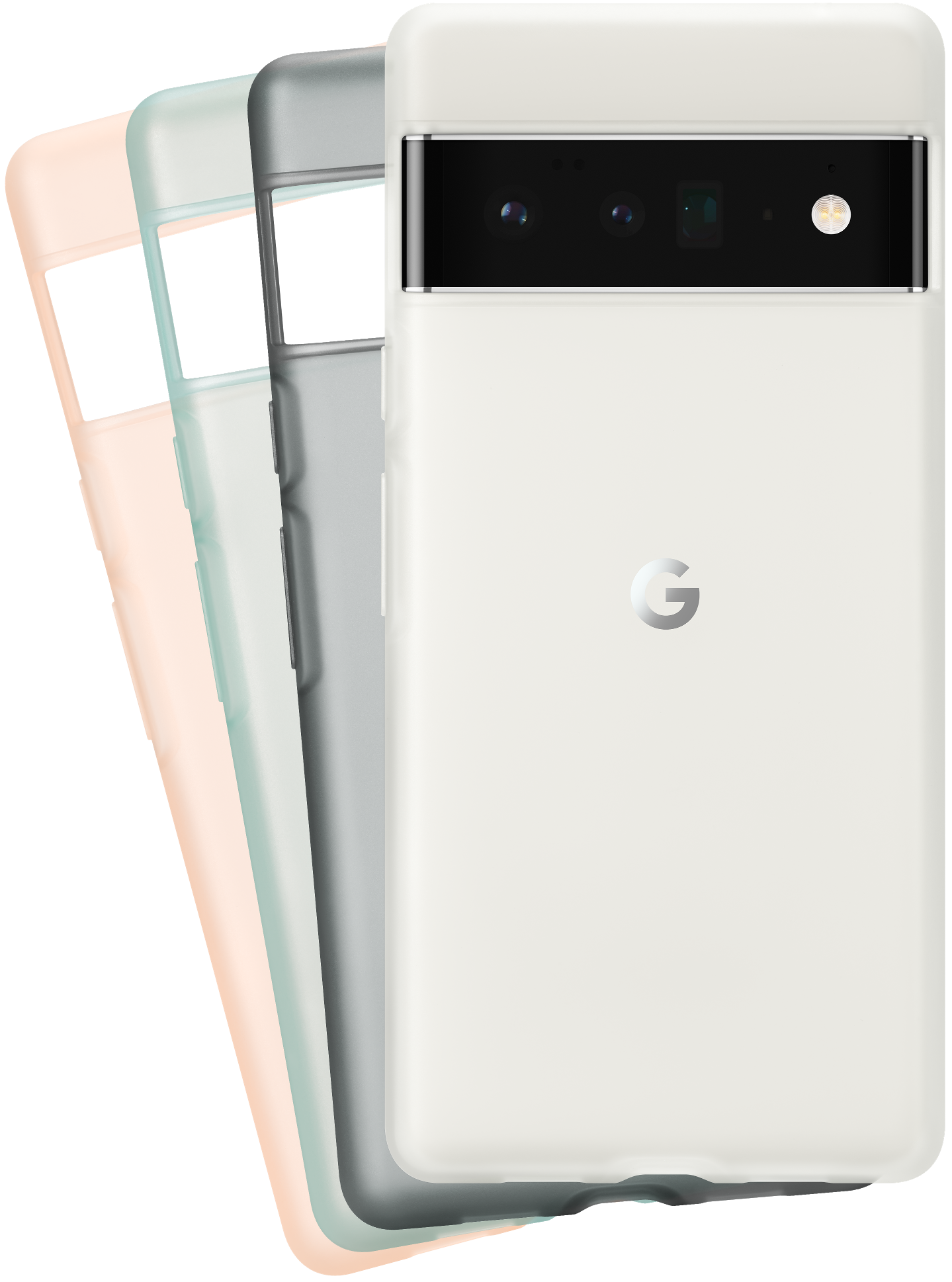 This case is (made of) trash:
Google Pixel 6 Pro Case – Soft Sage

Google’s frosted clear cases are pretty thin and made of 30% recycled materials. Since it’s easy to get the case on, you might worry about it actually staying on, but the bigger concern is grip. The frosted texture is very unique, but it doesn’t offer the same grip you’d think. The Golden Glow is beautiful, but this case is more fashion than function.

Since its launch, the Pixel 6 Pro has been in high demand, selling out at carrier stores and some major retailers. Unfortunately, that market scarcity also extends to the best Pixel 6 cases. Between Pixel cases not selling very well in the past, this year’s higher-than-normal demand, and the current global shipping crisis, reliable cases are selling out frequently. For the best cases to protect your Pixel 6 Pro, just prepare to wait one to three weeks for it to arrive.

Thankfully, our patience has paid off as more manufacturers are starting to offer Pixel 6 Pro cases. Even makers like UAG that skipped the Pixel 5 last year are offering sturdy cases for the large, delicate Pixel 6 Pro. While some big names like OtterBox are still in the “notify when available” stage, i-Blason, Supcase, and Caseology are taking full advantage to get you into one of their cases now when you need a case the most. My personal favorites for the Pixel 6 Pro are the Spigen Liquid Air Armor — grip is essential on a phone this size — and the Caseology Parallax, which offers grip but also some distinct style and a good bumper around the camera module. If you prefer more protection in your cases, the Poetic Revolution is ruggedly handsome, too.

A few words on the official Google Pixel 6 Pro Case

The first-party case evokes a very heated debate between Android Central staff and many Pixel 6 Pro owners. The case is very thin and has a unique texture, adding up to a case with little impact protection and an odd grip. Some people absolutely adore the Pixel 6 Pro case, with the Google Store-exclusive Golden Glow version currently having an almost two-month backorder. But then, there are others like Jerry Hildenbrand, who loudly voiced his displeasure with the case for three weeks straight on the Android Central Podcast.

Here are the facts: The Google Pixel 6 Pro Case is a frosted plastic case made of 30% post-consumer recycled plastics. This thin clear case is designed to perfectly hug the Pixel 6 Pro’s curves around the screen and the camera module. Still, since it’s open on the sides around the camera module and the curved edges of the screen, it’s also more vulnerable to shatters if it falls out of your hand or pocket. Of course, that won’t be an issue for a case with excellent grip, like the Caseology Vault or the Spigen Liquid Air Armor. Still, there’s something about the frosted finish of the case. It feels like it should be grippy and tactile, but it’s oddly smooth. If you’re going to use the Google Pixel 6 Pro Case, I highly suggest sticking a PopSocket on it for added stability or at least employing a PopGrip Slide Stretch that you can use when you’re out and then ditch when you’re home and need to wireless charge.

There’s also the matter of colors: While some colors can look good with all models, some of these color combos just end up goofy-looking. Take the Soft Sage, for example: Pair it with the Cloudy White Pixel 6 Pro, and it looks OK. But if you have the Sorta Sunny Pixel 6 Pro, the Sage turns it into this icky sallow canteloupe rind. Golden Glow looks nice with its White and Sunny models, but looks bizarre when paired with the black. So just be mindful when choosing colorways. Actual colors have drawbacks, but Light Frost looks good with everything.

Keep it secure keep it safe

The Pixel 6 could last you half a decade, but that’s only if you don’t break it somewhere along the way. While thin cases can be sexy, rugged cases look much more handsome once you see how high a fall they can take while keeping your Pixel 6 safe.