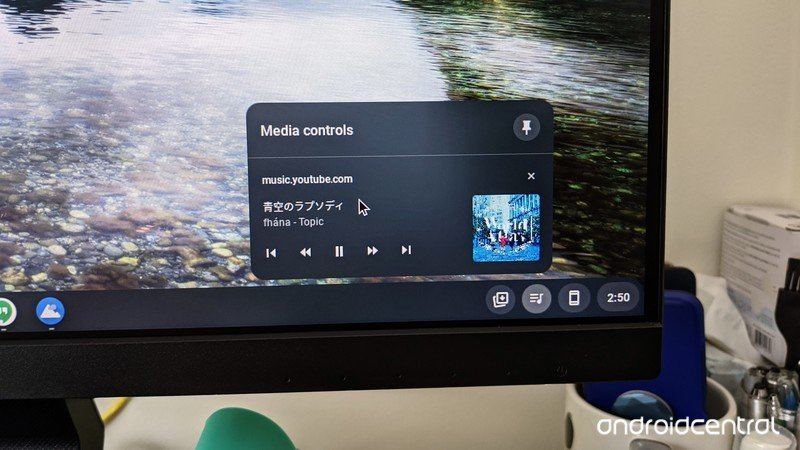 Hot on the heels of Google’s major Chrome-related CES announcements, the company is now pushing the Chrome OS 97 update to some of the best Chromebooks. The update features a few notable changes and upgrades for the gallery app, the full-screen magnifier, and more.

Probably the most notable changes come to the Gallery app. With Chrome OS 97, users are now able to open and edit photos in multiple windows with different images, which should come in handy if you want to compare and contrast. It’s a pretty basic function, but one we’re glad has finally arrived on the OS.

Additionally, the dedicated audio player is getting a notable upgrade from the tiny pop out it’s had up until now. For the masochists out there that prefer on-device audio files, Chrome OS will open a fullscreen player with large cover art and an easy way to preview other audio files.

9to5Google posted images of the two players, and you can see the before and after below:

Chrome OS 97 also introduces offline grammar check, which should come in handy as it won’t rely on an internet connection to function.

ChromeUnboxed also highlights features like using Google Assistant to open the camera app and capture a photo or video. This was introduced as a beta feature with the Chrome OS 96 update.

Google has now moved Chrome OS to a four-week update schedule, meaning we should see more bug fixes (and hopefully features) arriving on the platform at a faster pace, in line with the Chrome browser releases. The latest upgrade should arrive automatically on your device, but you can also perform a manual check by navigating to Settings > About Chrome OS > Check for updates.

The best from CES

Another CES has come and gone, leaving a trail of fantastic tech in its wake. Here are just a few of our favorite products, devices, and ideas from CES 2022.