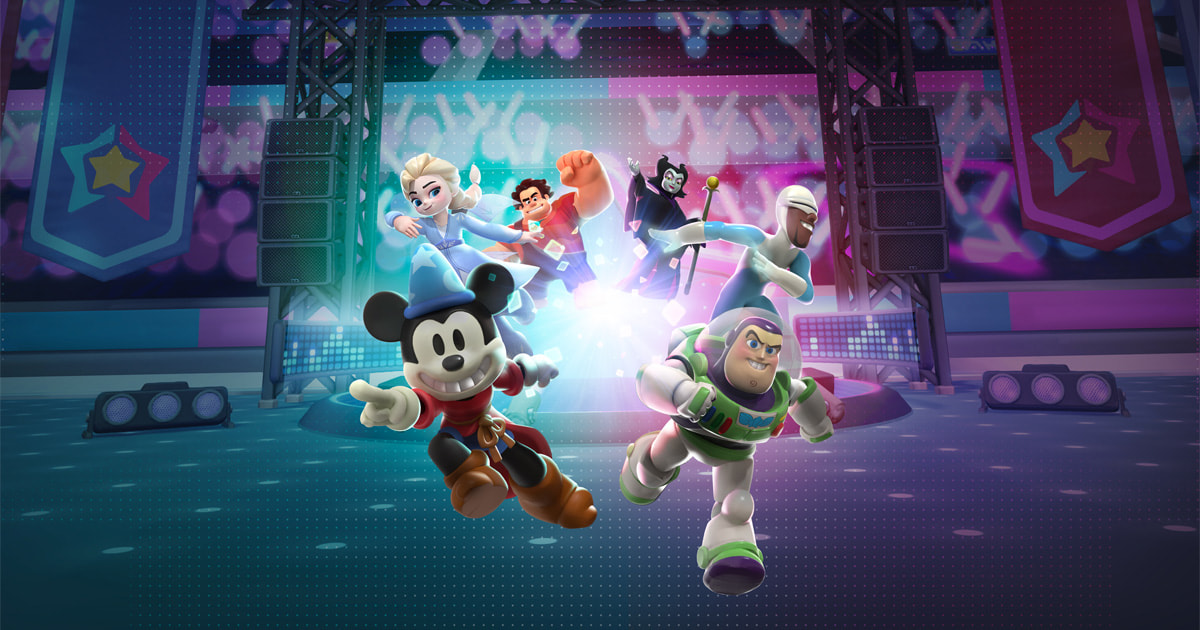 Apple today announced “Disney Melee Mania” from Mighty Bear Games will be joining the more than 200 incredibly fun games on its popular gaming subscription service, Apple Arcade. Players will join forces in rumble-ready teams featuring iconic and fan-favorite Disney1 and Pixar1 characters, who will duke it out in a dazzling, never-before-seen virtual arena. From Wreck-It Ralph, Elsa, and Mickey Mouse to Frozone, Moana, and Buzz Lightyear, each player will choose their unique holographic hero to battle in 3v3 matches with friends and foes as they vie to become the ultimate Disney champions.

“We’re thrilled to work with Disney to bring these beloved characters to the first-ever Disney and Pixar battle arena game, available exclusively on Apple Arcade,” said Simon Davis, Mighty Bear Games’ CEO. “Fans will compete with arcade-style Disney and Pixar champions in a fun and frenzied all-out brawl to survive the chaotic melee and stay in the spotlight.”

“Disney Melee Mania” drops players into a virtual battleground and allows them to choose from 12 champions from several Disney and Pixar classics, with more characters added regularly. Each champion will appear in a distinct action-ready design equipped with their own set of iconic moves and unlockable cosmetics. Throughout five-minute matches bursting with battle arena action, players will need to score the most points possible — or defeat the opposing team as many times as they can — for a chance at victory. They’ll join fast-paced multi-player battles that put each character’s unique abilities to the test in close-combat competition, with multiple modes and challenges to test their skills, and also earn in-game rewards from events.

Highly anticipated games and new content updates are added weekly to the service, including “LEGO Star Wars: Castaways,” which launches Friday, November 19. The game is the first online social, action-adventure LEGO Star Wars2 title. After crash-landing on a mysterious planet in the middle of a maelstrom, players will introduce themselves to brand new characters, and meet up with other players in a thriving social hub of activity as they play and compete in a variety of games. Fight Tusken Raiders, see Jabba’s palace on Tatooine, battle Stormtroopers on Endor, and navigate through the Death Star in simulations recorded at the Observatory. Players will join a team or go solo as they work to save these historical recordings amid growing corruption that’s altering celebrated moments in Star Wars history. Between racing Microfighters, acquiring gear and customization options, and challenging their friends to battle in the Hippodrome, they’ll unravel the mystery together and experience simulations spanning the entire Star Wars galaxy.

See also  Your next Phone OS