Electronic Arts (EA) posted its Q1 financial results for fiscal year 2021 today. The company saw total revenue reach $1.46 billion for the quarter ending June 30, 2020, which was mostly thanks to live services, which drew in $1.1 billion. Looking ahead, EA is slightly lowering its forecast for Q2 but is raising the forecast for Q3.

EA noted in the accompanying conference call that The Sims 4 has crossed 30 million players. EA also noted that 52% of console game sales were digital. While no exact numbers were give, EA says that total subscribers for EA Access and Origin across all platforms grew quarter-over-quarter.

When asked about pricing for next-generation titles on Xbox Series X and PS5, EA explained that it takes different approaches for different games, noting the lower price point of $40 for Star Wars: Squadrons. The focus has also been on providing “the smoothest possible transition” between console generations.

For more information on EA’s last results in Q4 for fiscal year 2020, you can check here. 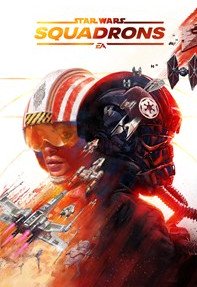 Star Wars: Squadrons places players in Vanguard Squadron or Titan Squadron with vicious dogfights and a variety of different starships. It’s even got full cross-play, so you can play with your friends no matter where you buy it.

Source: Nick Sutrich / Android Central We’ve heard mixed reports about when the Oculus Quest 3 will arrive. A supply chain analyst suggested the Quest 3 and PSVR 2 would arrive in 2022, and we […]