If it’s not in a few minutes, it looks like it should be shortly – Android 13 QPR1 is supposed to be available in the Android Beta Program.

The Android Beta Program site was updated this morning to say that “Android 13 QPR1 beta is now available” for still-supported Google Pixel phones, which would include the Pixel 4a, Pixel 4a 5G, Pixel 5, Pixel 5a, Pixel 6, Pixel 6 Pro, and Pixel 6a.

Google has not yet posted factory image or OTA files for this big QPR1 update, but I’m guessing they will later this morning. For now, feel free to enroll in the Android Beta Program (here) to pull the update easily once it goes live. 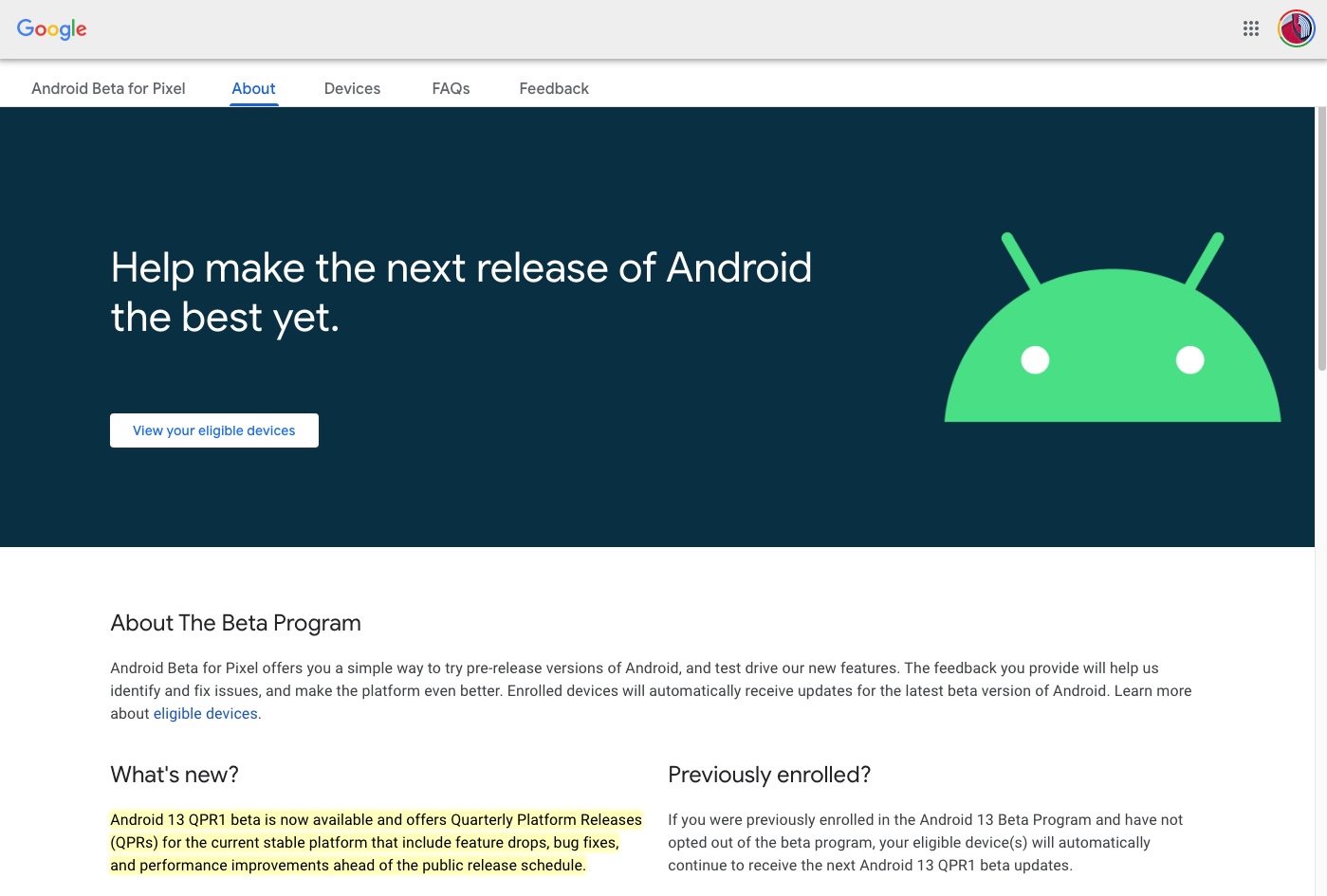 This QPR1 update, for those who missed it, is a big quarterly update that aims to address all sorts of bugs and is the first for Android 13. We most recently received the QPR3 update for Android 12 back in June that fixed at least 35 bugs. There’s always a good chance that when it goes stable and out of beta, that a Pixel Feature Drop will arrive alongside it.

Google told us to expect this QPR1 beta build for Android 13 in September and here we are.

See also  Not an Ideal Situation for OnePlus Phone Owners