For those looking ahead, we’re already beginning to learn about the upcoming Galaxy S23 from Samsung, thanks to people like @UniverseIce who are dedicated to spilling the beans on everything Samsung. While it may only be September for us, Samsung is likely deep into development and beginning to plan production for the device, given we expect it to launch in the usual February-March timeframe. So in the grand scheme, we’re really not that far away.

According to the latest intel from @UniverseIce, we shouldn’t expect much of a size difference between the existing Galaxy S22 and upcoming Galaxy S23. In fact, if anything, we’re looking at a 0.15mm bezel increase for the Galaxy S23. To the eye, that should hardly be noticeable. 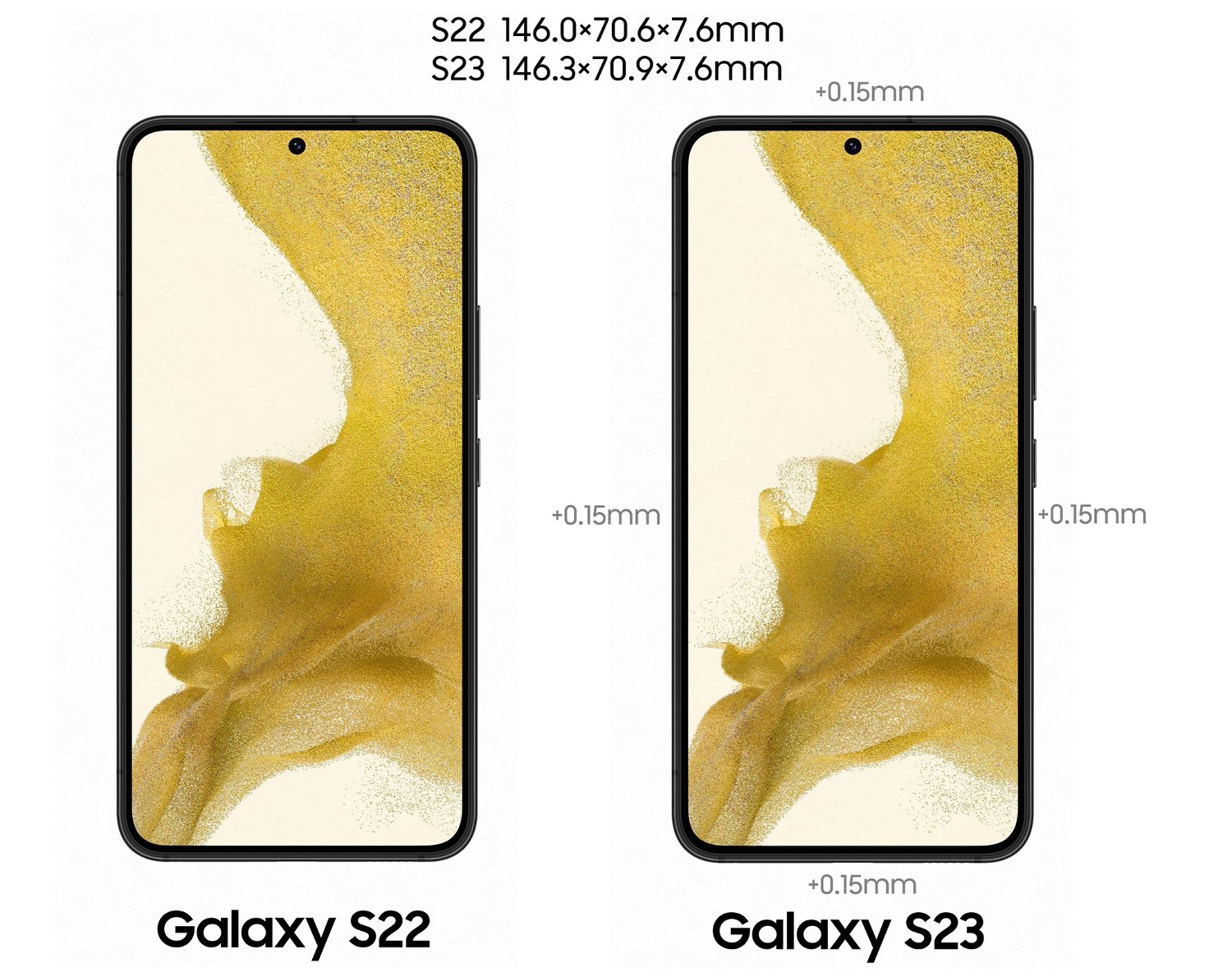 Looking at the dimensions listed above in the visualization of the device, there’s seriously hardly any difference in overall size. It’s essentially the same height, width, and thickness. We can’t yet say if this applies to the Galaxy S23+, and Galaxy S23 Ultra as well, but it’s probably a safe bet that the Plus variant doesn’t change much either.

While the Galaxy S23 line may not be shaping up to offer a ton of upgrades, the Galaxy S23 Ultra is a different story. That device is still reported to offer Samsung’s new 200-megapixel camera, possibly a new sort of battery tech, as well as UFS 4.0 storage. Fingers crossed that all comes to fruition.