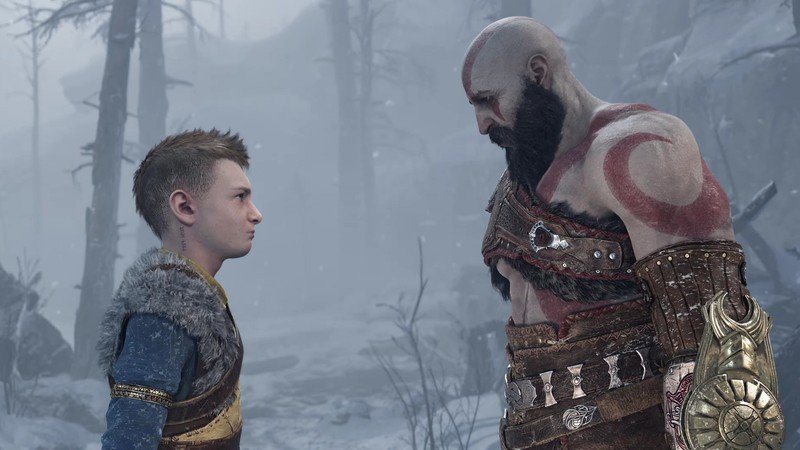 God of War Ragnarok, the next big game from Sony Santa Monica, is aiming to close out the Norse saga. While the prior game set up a lot of leads, there’s still a lot that needs to happen and many iconic characters we haven’t even seen yet. If you happen to be unfamiliar with the events leading up to Ragnarok, we have the full God of War timeline and history, which will give you the complete story so far.

The 2018 God of War is one of my favorite games of the last several years and if what we’ve seen of God of War Ragnarok so far is any indicated, this sequel will be one of the best PS5 games available.

As a big fan of both God of War and Norse mythology, I decided to analyze the first full trailer for God of War Ragnarok and make some predictions based on what we’ve seen. After all, the director of the game has confirmed that Ragnarok will feature as an actual event, but that doesn’t mean this will be a straightforward story. There’s a huge amount of possibilities, so let’s dive into them.

Kratos and Atreus have grown close, but it won’t last

The subdued opening to the trailer for God of War Ragnarok is surprisingly telling. It’s a direct commentary on the growth of both Kratos and Atreus so far. Atreus is older now and where he once struggled to hunt and hesitated to even kill, he’s now bringing back deer by himself. Meanwhile, Kratos is busy whittling new arrows for his son. It’s a surprisingly touching scene and speaks volumes on how far both have come since the previous game.

Unfortunately, it’s not going to last.

More tension is clearly brewing between the two, with Kratos seeming weary and relunctant to pick a fight with Asgard, having experienced the pain of going down that path in the past. Atreus is very much of the opposite mind, seeking to understand his heritage as Loki and wishing his father would start “thinking like a general.”

Norse mythology, and especially Ragnarok, are specifically about the idea that one meets their doom via the actions they take to avoid it. So in attempting to avoid pain and war, it might fall on father and son anyway. I won’t be surprised if this is where Sony Santa Monica is choosing to pass the reins off to a new lead for the franchise, from father to son. One way or another, Atreus is retreading his father’s footsteps and may learn the same painful lessons more or less the same way.

I’ve seen some people concerned that the story trailer showed too much, especially with the reveal that Tyr is actually alive. While I understand the concern, given that we live in an age of oversaturation where more and more is shown in the leadup to any big media event, there’s no cause for concern here, at least not yet. Everything shown in this trailer likely happens early, given that Kratos and Atreus’ arguments clearly take place in the woods where they live.

The attacks of Thor and Freya likely prompt them to flee, where we in turn see Kratos and Atreus making their way across the now-frozen Lake of Nine and accompanying bridge. This trailer is the setup material to kick things off, not spoiling some major twists, of which I’m sure there will be plenty.

While fitting the closure to the Norse saga into this game will certainly be packed (more thoughts on that below), no one needs to worry about what’s been shown yet.

Thor and Freya will be the greatest threat so far

Sony Santa Monica is quite clear that Thor and Freya are, at least initially, the main antagonists facing Kratos and Atreus here. Both seek vengeance for the death of their sons, with Freya somehow overcoming her inability to harm others, a curse that Odin may have removed now that the goddess is turned to wrath.

Both are treated differently than any foes in the God of War franchise so far. Freya’s opposition is treated with a somber tone, as it’s clear she’s beyond heartbroken and Kratos doesn’t want to fight her. Meanwhile, Thor barely appears in the 2018 game but much of the stories and legends found on murals or recited by Mimir are dedicated to building up just how dangerous he is.

Through sorrow and fear, there’s a just a reverence here that we haven’t seen before and that’s extremely exciting. There’s a few possibilities for how it’ll play out but it won’t just be a basic revenge plot. Put together, Thor and Freya are a formidable duo — a duo that Kratos might not be able to overcome.

Ragnarok will happen, but not exactly

With the finale of the 2018 game, we’ve clearly seen that Sony Santa Monica understands and respects Norse myth, yet is perfectly open to reinterpreting them to tell a different story. Baldur still dies as a result of Loki using mistletoe, but it plays out quite differently than most other versions of the tale. Ragnarok will be similarly different.

The Jotun Angrboda, Loki’s wife in myth, is introduced in God of War Ragnarok as a girl seemingly around the age of Atreus. While there’s almost certainly a similar relationship blossoming in the future, it’ll clearly take time and play out in a different way. The World Serpent Jormungandr and the great wolf Fenris are both sons of Loki and both play key roles in the myth of Ragnarok, yet the former (seemingly) has no relation to this Loki and Fenrir hasn’t showed up yet.

There’s also the simple fact that the team at Sony Santa Monica are smart and know it can’t just do God of War III all over again. Make no mistake, there’s going to be a lot of big deaths but this isn’t going to be a simple “kill em’ all” retread.

The Norse saga ends, kind of

Eric Williams, creative director of God of War Ragnarok, made it clear that this is the last game in the “Norse saga.” Yet there’s more to that answer than at first glance. In the 2018 game, Kratos and Atreus learn that Tyr traveled between realms, loved by all peoples with relics from numerous cultures. As the rescue of Tyr plays into the story of God of War Ragnarok, it doesn’t seem impossible that from here on out, the story could abandon the idea of sagas associated with one particular mythology at all, perhaps even visiting numerous realms in one game.

If so, while the main story here should be wrapped up, there could be a few secrets or plot threads left hanging in the Nordic lands, to be visited at a later date. 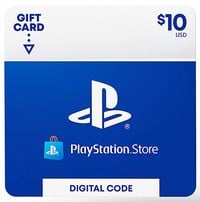 Easy to stock up

PlayStation gift cards are an easy way to grab currency for games, add-ons, themes, and more on the PlayStation Store. They also come in a wide variety of denominations and you can stock up for PS5 games.

The Next Big Thing

The Galaxy S21 Ultra offers the ultimate luxury experience, with four incredible cameras and an industry-leading display. It’s a love letter to Samsung’s most enthusiastic customers, and the addition of S Pen support may even draw in longtime Note loyalists.

Can you hear me now

Grab a great mic for your PS4 or PS5 livestreams

Looking to getting into game streaming? You’ll want to invest in a good microphone before you start. Here are some great options for your PS4 or PS5 if you were lucky enough to find one.