A number of special guests will appear during the first season of the show too, including celebrities like Elisha Cuthbert, Deborah Cox, Tom Green, Stefan Brogren, Mary Walsh, Michelle Visage, and Allie X, some of which will be helping to judge the competition.

Canada’s Drag Race: When & where

Canada’s Drag Race premieres on Logo in the U.S. on Monday, July 27 at 8 p.m. PT/ET, though the season has already begun airing in other countries such as Canada and the U.K. If you don’t want to wait for Logo to air each episode, multiple episodes of the show are now available to watch on the free BBC iPlayer — however, you would need a VPN to stream the show via that website if you’re not in the U.K. currently. We’ll get into how that works below.

How to watch Canada’s Drag Race live from anywhere

The options we mention below make it easy for those in the U.S. to tune in and watch Canada’s Drag Race on Logo even if you don’t have cable, but if you’re hoping to catch up to the latest episodes that have aired in other countries, using a VPN makes it simple to change your location virtually while giving you instant access to the show on sites like the BBC iPlayer where multiple episodes are now available to stream for free.

VPNs are incredibly easy to use and have the added benefit of giving you a further layer of security when surfing the web. There are lots of options, and we recommend ExpressVPN as our #1 pick due to its speed, security and ease of use. It can be used on a vast array of operating systems and devices (e.g. iOS, Android, Smart TVs, Fire TV Stick, Roku, games consoles, etc). Sign up for ExpressVPN now now and enjoy a 49% discount and 3 months FREE with an annual subscription. Or give it a try with its 30-day money back guarantee. Looking for other affordable options? Here are a few more that are on sale right now. 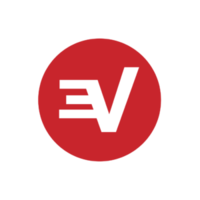 No matter where in the world you may be, a VPN is one of the easiest ways to watch Canada’s Drag Race. Get in on this deal now!

There are a few different streaming services which offer access to Logo so you can watch Canada’s Drag Race as it airs live each Monday night, including Sling TV, Fubo TV, and Philo. Sling TV is easily one of our favorite streaming services out there as it offers an affordable live TV streaming service with plans that let you add on only the channels you want to watch. The monthly subscription usually costs $30, though right now you can sign up to save $10 on your first month and also score a free trial to Showtime and Starz while you’re at it.

To watch Logo on Sling, you’ll also need to sign up for the Comedy Extras Add-On which costs an additional $5 per month. 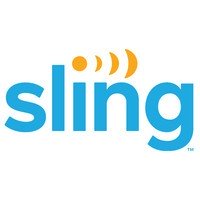 Tune in and watch Canada’s Drag Race as it airs live on July 27 at 8 p.m. PT/ET on Logo. The channel is available as an add-on to both Sling Orange and Sling Blue plans via the $5 Comedy Extras add-on. The best part is you can watch on a variety of devices using the Sling TV app.