Marvel’s Avengers is available to play and as players are making their way through the story and side missions, a fair few bugs and glitches are being noticed. We noted in our Marvel’s Avengers review that the game was buggy at launch, and we’re hoping that Crystal Dynamics will be on top of those fixes, but there are a lot of issues, which makes sense with a game that wants to do as much as this one does.

These are some of the issues that the team is currently working on via the subreddit. Others are reported by players.

You can find the full patch notes for more information.

This patch fixed truly numerous issues, so you can find the full list for more details. The highlights are below:

Following V1.2.5 for PlayStation and Xbox

Are there any bugs or problems you’ve encountered while playing? Sound off in the comments below. We’ll continue to provide updates as Marvel’s Avengers gets DLC and patches. 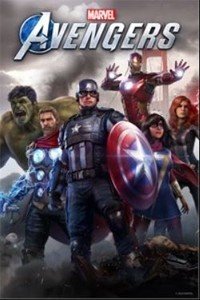 After a horrific event leaves San Francisco in ruins, the Avengers have been disbanded. However, an even bigger evil threatens the planet five years later, and it’s up to you to assemble the crew and save the world once again. Play on PS4, then get a free upgrade when you play on PS5.

The best Netflix VPN could be the difference between you actually watching what you want and sitting in a dark room wishing your subscription wasn’t going to waste. This is what geo-restrictions do — they […]

Spotify had quite a bit to announce during its virtual Stream On event. The platform is finally initiating a wider global launch, expanding to more than 80 countries in the coming days, and later this […]