Want to know when Samsung will release the Android 12 Beta with One UI 4? They told us to expect in in September, which if you weren’t paying attention, starts tomorrow.

In a forum post today, Samsung’s “Beta operations manager” said that the One UI 4 Beta “will start in September” and that they can’t wait for you to join it. Initially, it looks like the Galaxy S21, Galaxy S21+, and Galaxy S21 Ultra will be eligible, though I wouldn’t be surprised if they add other Galaxy devices shortly after.

At this time, we don’t know much about One UI 4 or how Samsung’s skin will impact Android 12. What we do know is that Google introduced a massive UI change for its Pixel phones with Android 12 and we’re hoping that Samsung can take those ideas and move them forward, particularly with Material You, privacy controls, and theming. The translation from the image below does indeed say to “Try the new Galaxy interface with Android 12 in the Galaxy S21 series first.”

So if Samsung is telling us September, when exactly will this first One UI 4 beta arrive? Last year, Samsung first opened the Android 11 beta for developers in August followed by a public beta for everyone else in October. I’d guess we’ll see this towards the end of September, assuming Google pushes it to stable over the next couple of weeks.

To get signed-up, you’ll look for a special Android 12 / One UI 4 Beta banner in the Samsung Members app.

The One UI 3 update didn’t bring much over One UI 2, from what I can remember, but knowing how big of an update Android 12 is for Pixel devices, I’m sure excited to see what Samsung has done with One UI 4. 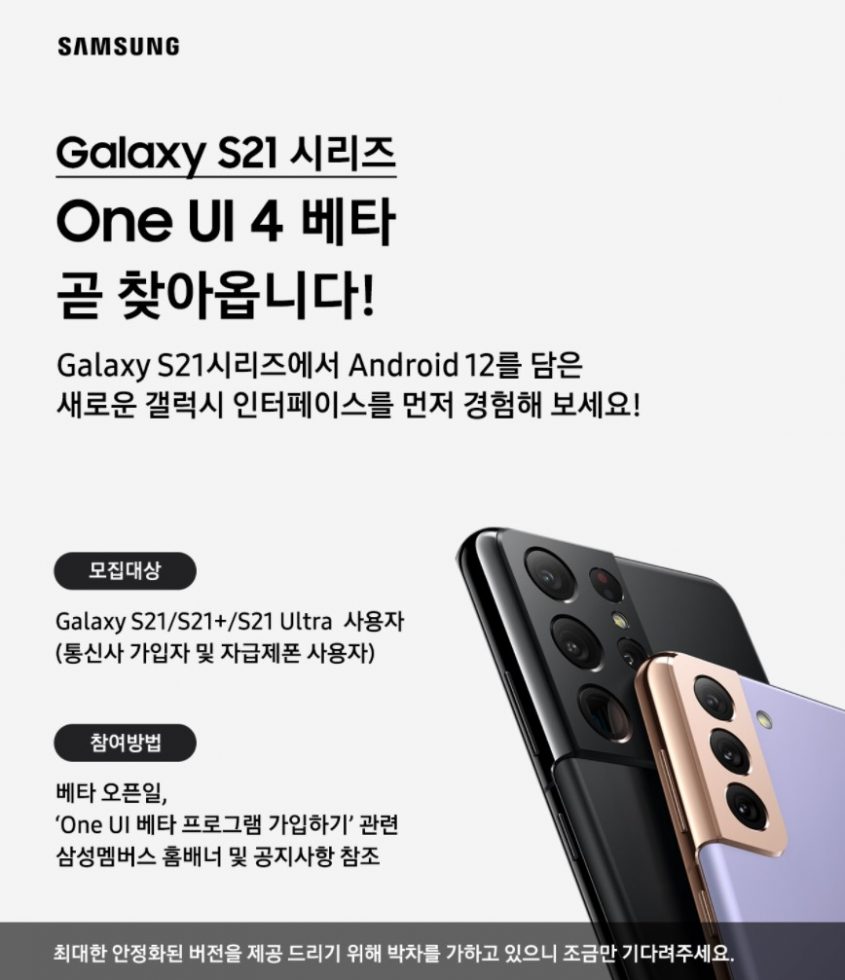