It looks like Samsung is really getting into the idea of self repair, with a trademark recently filed for an app called Self Repair Assistant, seemingly developed to help DIYers in their quest to fix up their own technological goodies, instead of needing the help of people at a mall kiosk.

In the plain text taken from the USPTO (United States Patent and Trademark Office), the Self Repair Assistant app offers, “Consultancy and information services relating to self-installation, self-maintenance and self-repair of smartphones.” That’s pretty straightforward. It’s not just for phones, though. According to the filing, this app may also be used to help in the fixing of other Samsung devices such as tablets, smartwatches, and ear buds. 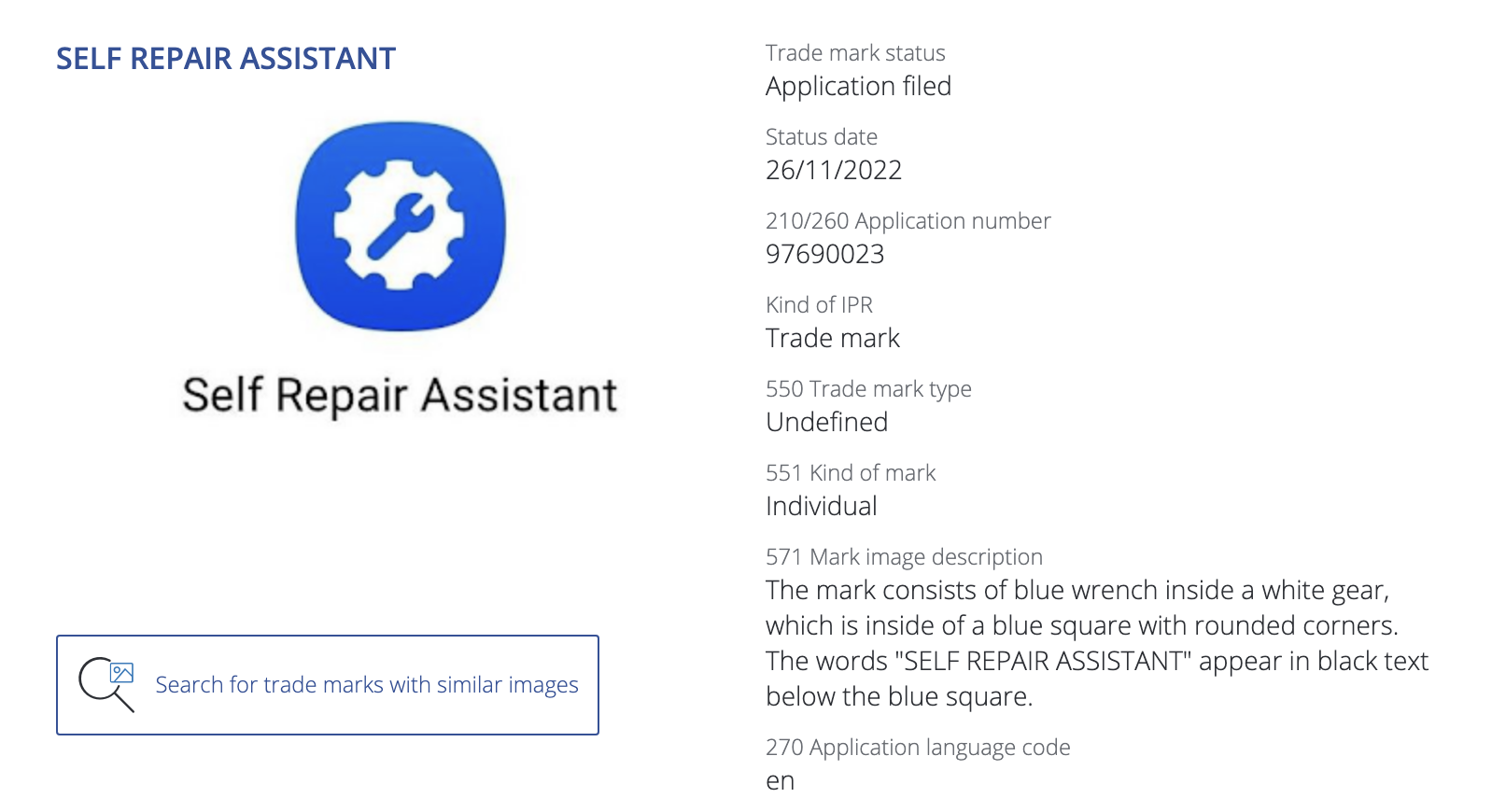 This app is perfectly timed. Earlier this year, Samsung announced a partnership with iFixit to make kits and replacement parts available to consumers for select devices. With these kits, users can replace their own batteries, displays, and USB ports. We aren’t sure how popular these kits are, as I assume most folks are too nervous to do surgery on their own phones, but for the DIYers, this is great stuff.

We’ll keep you posted on the launch of the Self Repair Assistant app. It sounds sweet.