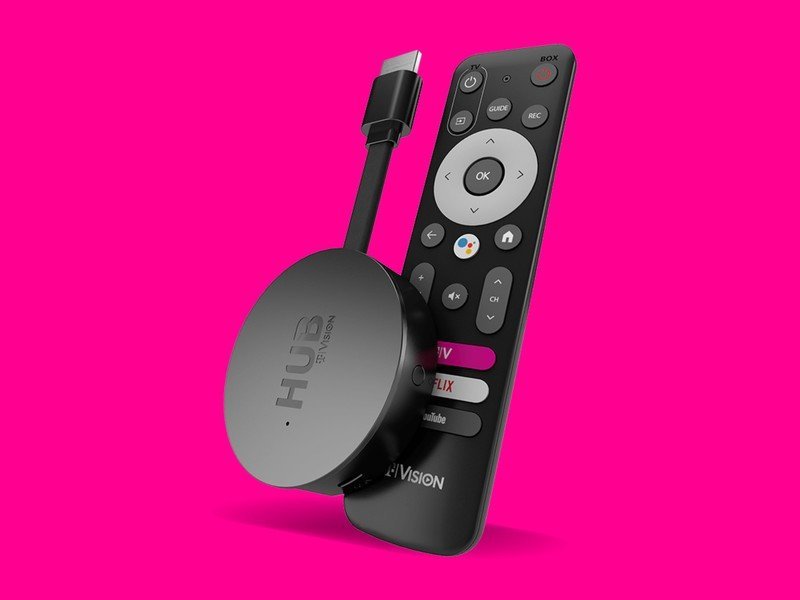 As reported by The T-Mo Report, T-Mobile has a new TVision Hub streaming device running Google TV. It has a simplified remote and compact Chromecast-like design with a built-in HDMI port. While the available details are light, 9to5Google found a tweet by chipmaker SEI Robotics shedding a bit more light on the internal hardware of the device.

A first in the US: SEI Robotics is thrilled to announce, in collaboration with @Google and @TMobile, the new TVision HUB, powered by #GoogleTV!

Equipped with the latest #Amlogic S905Y4 (AV1 decoding), #AndroidTV 11 & even comes with an Ethernet port.https://t.co/2iGpsGfL05 pic.twitter.com/GOE48ReBiR

The Hub is powered by an Amlogic S905Y4 chipset, and its software is based on Android 11. This chip includes AV1 decoding with a quad-core 64-bit Cortex-A35 CPU and an ARM Mali-G31 MP2 GPU. Android Central discovered via the device’s support page that it comes with 2GB of RAM and 8GB of flash storage.

The device also features an Ethernet port, USB-C support for supported accessories, and a micro-USB port for power. Wi-Fi support is limited to 2×2 Wi-Fi 5 a 2.4 and 5GHz. Still, this should enable a maximum speed of just under 867Mbps, which is plenty for seamless 4K streaming.

See also  Review: Lumi teaches piano by turning it into a game

Google Assistant is included via a dedicated button on the remote control. The remote also has TV controls, including shortcut keys to T-Mobile’s TV service, Netflix, and YouTube. Netflix is included with many of T-Mobile’s wireless plans making it the perfect choice for a shortcut button.

Outright, the device costs $50, which is right in line with what the best streaming devices cost, including Chromecast with Google TV. If you sign up for T-Mobile Home Internet service, you can get the TVision Hub for free.

Not only that, but since T-Mobile discontinued its TVision service, it’s now offering YouTube TV at a discount for eligible customers. 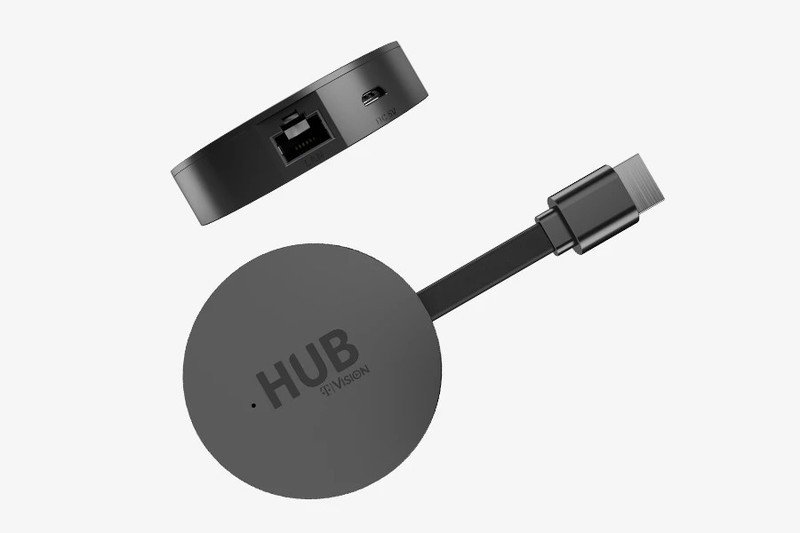 At the time of writing, the purchase link is not live, but you can still check out the details on the T-Mobile TVision home page. 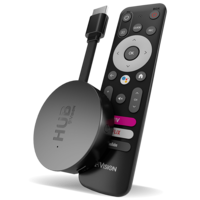 The TVision Hub is powered by Google TV with support for 4K output, USB-C, and a remote with Google Assistant.

The Galaxy S21 Ultra is the best phone at T-Mobile

T-Mobile has a lot of phones on its roster, so it’s only natural that you might be wondering which is the best Android phone the carrier offers. We’ve got you covered with the best options you can buy right now.