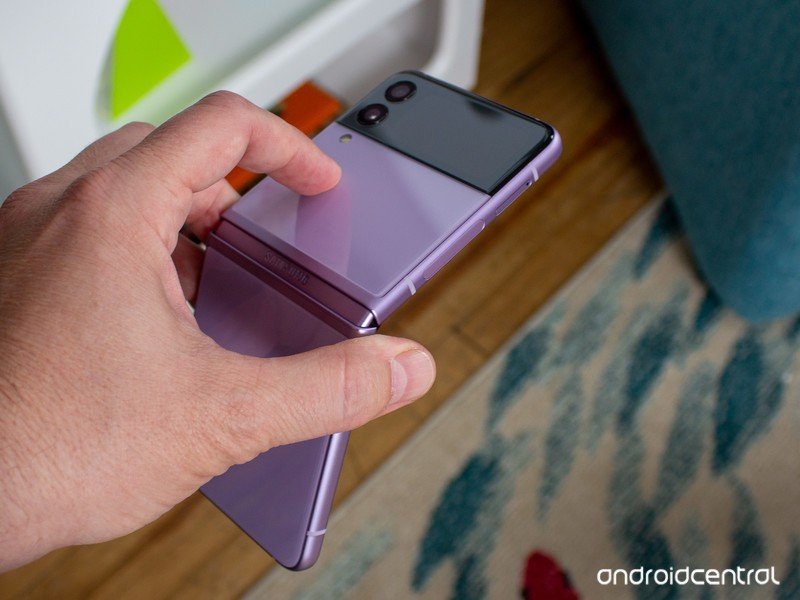 It will take time to get used to a foldable smartphone form factor, but experts say that the cheaper price tag on the newly announced Samsung Galaxy Z Flip 3 will entice a younger TikTok-first generation who may not be tied to Apple’s smartphone ecosystem.

At its Unpacked event on August 11, Samsung announced two new foldable smartphones: the Z Flip 3 and Z Fold 3. While the Fold is the more powerful flagship, Samsung said that the Z Flip 3 is “our most stylish smartphone yet,” designed to “make a statement.”

The sleek flip phone costs $999, the same price as a Galaxy S21+, which means anyone walking into a carrier store will be able to buy a phone based on design, form factor, and eye-catching cases, without worrying as much about the cost of the phone.

“It feels geared towards content creation and portrait-based apps like TikTok,” he said. “They are targeting an audience who has gotten bored of the same old iPhone designs and operating system.”

The phone’s foldable design helps users set the phone without needing a full tripod to record a video or take pictures, which can be compelling specifically to content creators. Samsung noted in their event presentation that this is part of the “foldable experience that you can’t find on a regular smartphone.”

But is the phone compelling enough to convince users to walk away from iMessage? Sag has his doubts, saying that “getting people to leave the iMessage ecosystem will be the hardest for that generation.”

Carmi Levy, a technology analyst, shared Sag’s reservations during our interview. However, despite the strong pull that Apple has on users being part of its ecosystem, Levy thinks Samsung is at least making a strong push to switch.

While it’s always a bit of a hard sell for vendors to convince iPhone users to abandon the iMessage ecosystem and its coveted blue-tinted message bubbles, Samsung is making a compelling enough case with an offering that’s just different — yet still capable — enough to stand out.”

Foldables are finally more affordable than ever before

Compared to other regions, North American smartphone sales operate a bit differently. Samsung’s specific strategy is to structure the volume of its smartphone sales to go through telecom operators, IDC’s research director on worldwide device trackers, Nabila Popal, said in an interview.

While unlocked phones are on the rise, an overwhelming majority of phones sales are through carriers in the US. Samsung was smart to strike key carrier partnerships a decade ago.

But because of this, carriers typically offer different deals than the manufacturer; in the end, many consumers don’t even realize the full price of their phone. Levy explained:

So as long as telecom carriers offer the right phone with the right amount of data for the right monthly rate, consumers will be happy to give foldable screen devices a go – with one notable caveat. The monthly rate premium can’t be significant and the specs have to be comparable.”

This means that social media-raised Gen Z consumers will not be willing to compromise with lousy cameras, bad performance, or weak battery life just so they can have a specific phone.

Neil Shah, vice-president of research at Counterpoint Research, agreed with Levy, adding in an interview that Samsung is now riding on the fact that this is one of the first foldable devices that is actually affordable.

“Bringing the (foldable) experience below $1,000 is the first important milestone for Samsung as more than a third of the iPhones sold globally are above $1,000,” he said.

This price point is likely going to become the “sweet spot” for the foldable smartphone over the next couple of years, he added, though all of that is dependent on the adoption rate, which has so far been very limited.

“There is a supply constraint, as the yield for foldable displays has not been that high to take it mainstream at S-series level. So Samsung needs to improve its capacity to make that high-volume scale move,” he said.

See also  Sennheiser Momentum True Wireless 2 vs. Surface Buds: Which should you buy?

The company’s first foldable phone debuted in 2019 at a whopping price point of $2,000. In early demos, the phone performed well and the folding technology, which had only been seen in limited forms and not on a shipping product, appeared resilient. But when reviewers got units, they discovered that the Galaxy Fold was prone to dust ingress through openings in the hinge, damaging the display assembly and rendering the phone unusable. It was quickly recalled and re-released later in the year.

The company’s CEO DJ Koh said at the time that he pushed for the release “before it was ready,” and that the issues the phone had were “embarrassing.”

Although the foldable market is still niche, Counterpoint Research indicates that by 2023, there will be 10 times growth in foldable smartphone shipments.

Shah noted that the entry of leading Chinese brands like Xiaomi, OPPO, or Vivo with a flip form factor device should ideally help “popularize the form factor and bring it to sub-$600 levels in coming years.”

“However, this will also depend on if these smartphone manufacturers can tap in the supply chain to procure and design a flip phone or take a different route to differentiate with a rollable or bendable phone,” Shah said.

But even if other smartphone manufacturers enter the foldable market space, Counterpoint indicates that Samsung will still dominate the space with nearly 75% market share.

Are flip phones making a comeback?

Shah explained that for the older generation there is a closeness to the clamshell flip phone design stemming from popular phones like the Motorola Razr. Particularly in markets like North America and parts of Europe where flip phones outsold candy bars in the mid-2000s.

“Japan is another market where flip phones are still popular among the boomers and Gen X,” he said.

He added that the younger generation has been “accustomed to buy a default ‘closed-display’ design.”

“But considering the compactness and less bulky option, we could see the adoption of the Flip form-factor in markets such as the U.S., China, and some European markets,” he said.

Like Shah, Levy noted that in 2004 the Razr “struck a nerve at a very unique point in time in the history of mobile devices.” But when the iPhone was released in 2007, it became the form factor that “set the tone for the future of all mobile devices.”

Sag noted that with the different iterations of foldable phones that Samsung has put out now, it could mean that flip phones “are staging a comeback with foldables and are likely here to stay.”

“There’s a reason why flip phones stuck around for as long as they did and never really died in Japan. The flip phone has a unique utility to its ability to be extremely compact and to end a call by simply closing it,” Sag said.

“I do think generous trade-in offers will help adoption, but hype is the ultimate driver and unique compelling features that are well marketed will ultimately sell the most phones once the pricing is reasonable and accessible.”

For the Galaxy Z Flip 3, that time could be now.

Finally, a folding phone that fits our pockets and our wallets.

The Galaxy Z Flip 3 brings a revamped cover display, water resistance, and the spec bump it needs for bouncing between apps, but the most alluring aspects of the Z Flip 3 remain its price and its style. Available in seven colors — including a luscious lavender — the Galaxy Z Flip 3 is hoping to bring foldables to the masses without breaking the bank.

Samsung is aiming for more mainstream adoption of its highest-end foldable, the Galaxy Z Fold 3, but do the new changes go far enough to convince people to actually spend $1,800 on it? Find out in our Samsung Galaxy Z Fold 3 review!