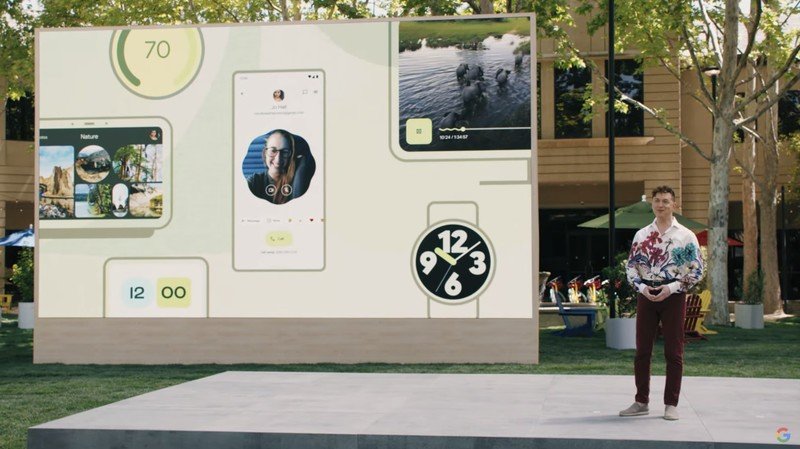 Google I/O may be over, but it left us with a lot to look forward to later this year. Google made many big announcements at its annual developer conference, including the new Android 12 beta that was launched on some of the best Android phones including the Google Pixel 5. Wear OS is also getting a massive overhaul thanks to the effort of both Samsung and Google, among updated to smart home, AI, and plenty more. That said, we want to know what your favorite announcement was from Google I/O 2021.

After several months of digging through developer previews, Google has finally released the beta for Android 12, bringing us one step closer to a stable release. With the beta, we finally get a look at the new system-wide theming that we’ve been getting hints of, as well as updated widgets, bolder visuals, and a more efficient OS.

Google also announced new privacy features for the platform that should make it easier to control the data collected by your phone’s sensors.

Wear OS is back in a big way

Samsung and Google have announced a partnership that aims to make Wear OS a true competitor to Apple’s WatchOS. The companies claim that the new version is faster and more efficient, and developers will have plenty of tools to optimize their apps for the platform.

The announcement also introduced YouTube Music and Fitbit on Wear OS, and Spotify has committed to improving its own app with offline capabilities.

AI is getting smarter

In addition to the new privacy features in Android 12 like the Privacy Dashboard, Google also announced additional updates for other applications. For example, Google Photos is getting a new Locked Folder to hide away your sensitive images so that they won’t show up in your camera roll or smart displays. Google Maps is also getting helpful prompts to remind you when your location history is on.

On the security side, Google extending its password management system to help automate updating old or compromised passwords.

What were your thoughts about Google I/O?

Of course, Google announced a ton of things over the course of the three-day conference. You can check out all of our Google I/O coverage here, and we’ve also rounded up some of biggest announcements that you may have missed, but comment below to let us know what your favorite announcements were.

The Google Pixel 5 is one of the best value flagship smartphones. It has exceptional cameras, fast updates and is usually the first to gain the latest features arriving on Android. If you’re an early adopter, this phone will be the best choice to try Android 12 before most people.

a return to the past

Diablo Immortal has quickly become one of the most anticipated mobile games in recent memory. As it enters its second closed alpha, we caught up with Julian Love and Justin Dye from Blizzard to chat about the game’s design, narrative, and how it fits into the Diablo lore.